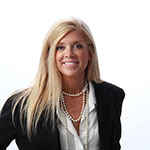 What You Need to Know About Modular Homes 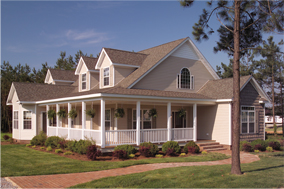 The base price of the modular home is less expensive than having a crew labor on-site for months which enables new homeowners to customize them very nicely.

Modular homes, or prefabricated homes, offer a variety of benefits for home buyers who want to build on a plot of land. Here are some things you should know:

1. Prefabs Are Faster to Build
Depending on the complexity of the home, it can take around three months to build and get it move-in ready. From start to finish, it takes about nine months to a year to construct a stick-built house.

Home modules are constructed and inspected in a factory, where weather won't delay the process. The modules are then transported to the final building site. It takes about three days to fully assemble those components at the site.

Additional site work, including electrical and plumbing hook-ups, driveway paving, final grading of the land and landscaping, also need to be done as in site built homes.

2. Preset home plans, a-la-carte options, or customized homes
For manufacturers that offer preset home plans, the base price of a modular home typically includes construction, transportation of the modules to the final build site, and setting the home on its foundation. For an additional cost, buyers can tweak a builder's preset plan, hardwood rather than carpet, for example.

Site work, like septic and utility hook up is an additional fee, just like in stick built homes.

3. Modular Homes Are Surprisingly Durable
In assessing damage to residential neighborhoods after a Category 5 Hurricane, the Federal Emergency Management Agency reported "relatively minimal structural damage in modular housing developments. The module-to-module combination of the units appears to have provided an inherently rigid system that performed much better than conventional residential framing." Translation: Prefab homes can hold up better in extreme weather conditions than traditional stick-built structures.

4. You Can Remodel Your Modular Home
After construction, there's nothing that would preclude the reconfiguration or remodeling of a modular home simply because it's a modular build.  Just like a stick-built home, you need to account for the structural support and layout. Prefab homeowners looking to remodel should let their contractor know early on that they have a modular home because there may be some slight differences in the structure of the beams that support the home.